Pledgeball have launched the Euros Pledgeball League campaign to rally fans to show support for their teams by joining the movement to #protectwhereweplay during the Women’s European Championship.

Through Pledgeball fans make pro-environmental pledges for their national team to see which country can win not just on the pitch but off it as well. The champion of the Women’s Euros Pledgeball League will be the team whose fans pledge to save the most carbon emissions by committing to actions that positively impact our planet.

There are also prizes up for grabs with the opportunity to WIN a digital copy of FIFA 22 and one of two signed copies of Nick Hornby’s Fever Pitch. Head to the Pledgeball webpage for upcoming Euros fixtures to pledge during the tournament.

Katie Cross, Founder of Pledgeball said ‘Fans are drivers of change – there are so many examples of this from the Women’s game, starting with them playing to raise money for war charities in WW1 shortly before the 1921 ban’.

‘Rallying together to protect the places we watch and play football will make significant change. I can’t wait to see fans (and players!) joining us in doing this during Euro 22. I also can’t wait to see the football. It’s coming home I’ve heard’.

Pledgeball partners, The Football Supporters Association (FSA) are also a part of this campaign and are encouraging all fans to participate in order to see their national team win the Pledgeball League.

Deborah Dilworth, Women’s Game Network Manager for the FSA said ‘It is a pleasure to team up with Pledgeball.  Football supporters are such a power for change and supporters groups across the country do so many amazing things for good causes.’

I can’t wait to see fans joining in with this league during Euro22.  Come on England.

Check out the FSA’s Euros guide for information on the teams and the stadiums and keep an eye out for Pledgeball as they’ve contributed sustainabilityinformation throughout! 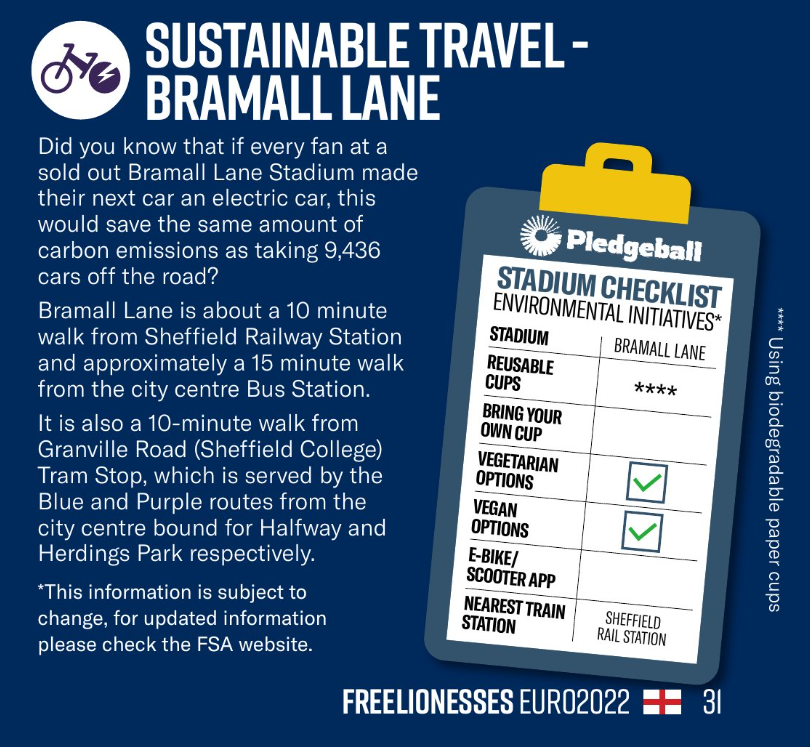 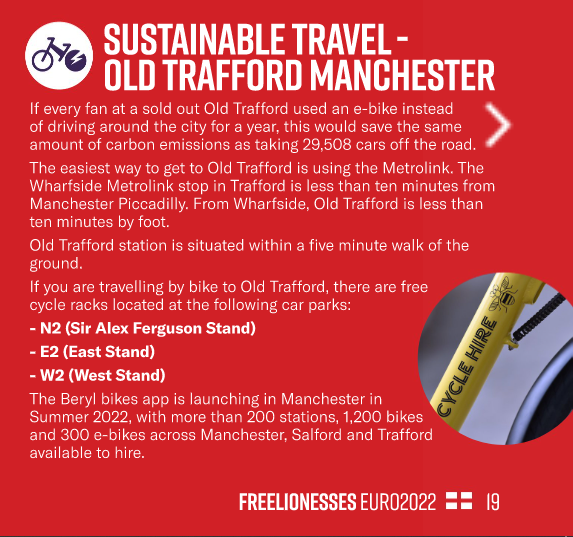 Football Supporters Europe (FSE) are also supporting the Pledgeball campaign during the Euros to encourage as many fans as possible across Europe to get involved.

Another campaign kicking off this summer is The Ball, a campaign spearheaded by our partners Spirit of Football. On 10th July, Katie Rood will be launching the campaign at Battersea Park. The Ball will travel across the globe before heading to the Women’s World Cup in Australia and New Zealand, showcasing climate action and garnering pledges along the way!

Don’t forget after the Women’s Euros, The Pledgeball League will be restarting as the new season begins! Will we see Bristol City retain the top spot or will a new champion emerge next season?

To pledge for your team head to www.pledgeball.org/fixtures